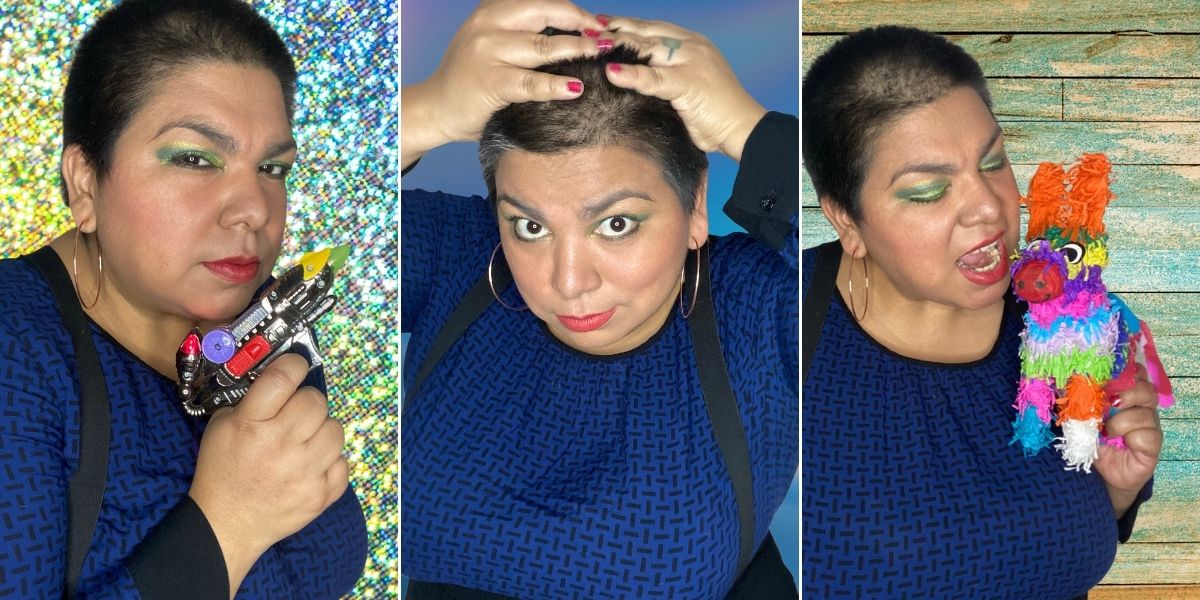 As a final celebration, An Online Comedy Show for students, friends & family will take place on Thurs, July 29. Not open to the general public.

Our classes are now 20% off through Monday, July 5th!
Click the register link to see prices.

Comedy has been described as “tragedy plus time,” and what a year it’s been. Jokes are often written to make light of situations ranging from matters of the heart to politics. They’re what breaks the tension in horror films, giving the audience a chance to both catch and lose their breath. In this course, we will analyze elements of joke writing, and performance. Utilizing key elements of the Socratic method, prewriting, and revision, this course is designed to help you write, rehearse, and deliver your first five minutes of comedy in a voice all your own.

Tori Pool is a former educator turned comedian who has been twice nominated for Best Standup by The San Antonio Current. A comedy club favorite, Pool has opened for Mo Amer, Drew Carey, and Tom Green! She’s been featured on Texas Public Radio’s Worth Repeating and co-wrote a popular card game, Latino Card Revoked. Recently rejected by Last Week Tonight, Tori spends most Fridays at Blind Tiger Comedy Club, where she writes and performs weekly unless she’s booked elsewhere.