Musicality and the Long Poem with Allison Hedge Coke 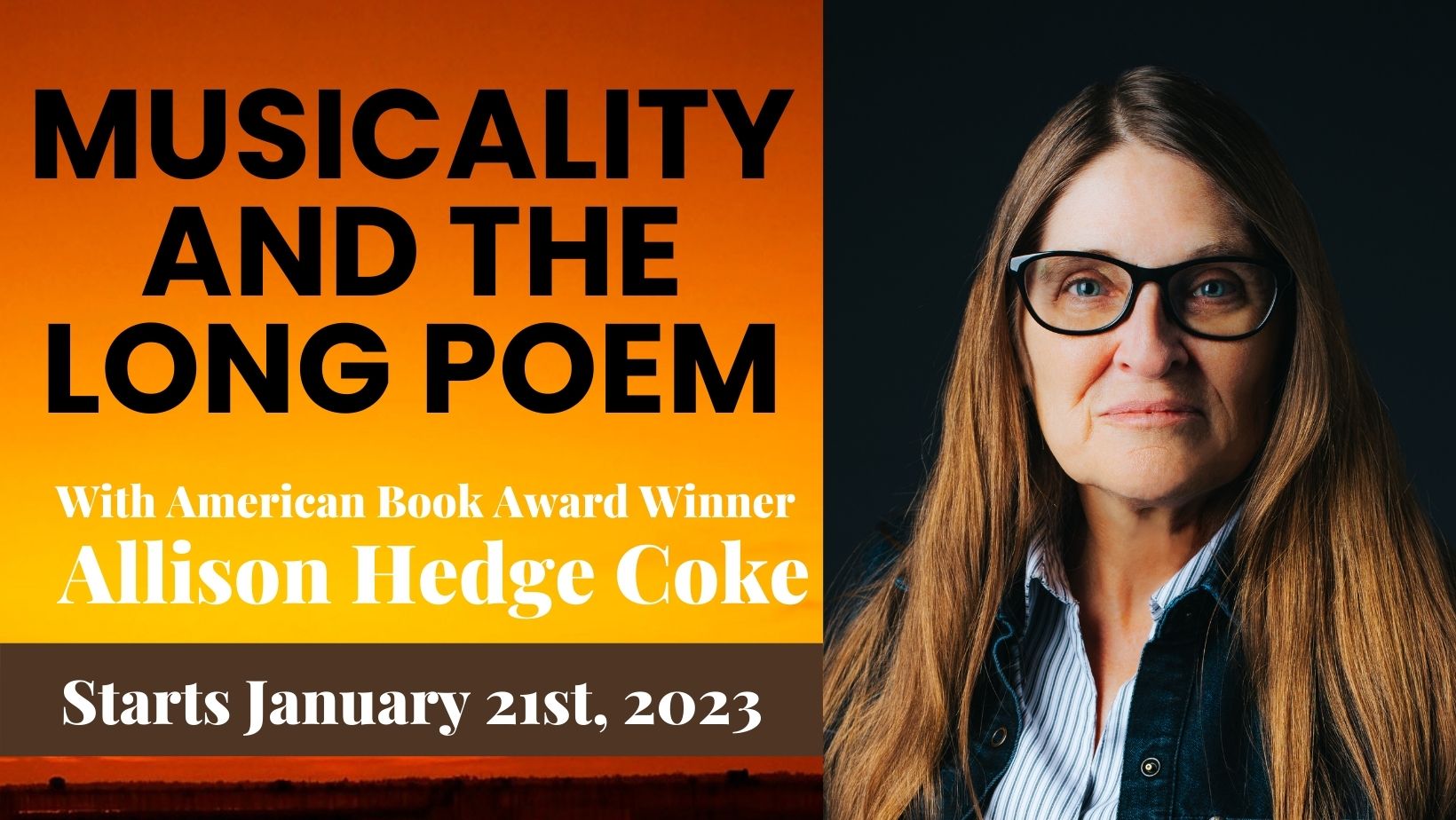 Class Full. Email joshua@geminiink.org to add your name to the Wait List.

Music is a powerful force that moves us. It is also a treasure chest of tools that can breathe life and potency into poetry.

In this workshop led by American Book Award winner Allison Hedge Coke, we will study musical genres, influences, and elements that will develop our knowledge of structure and momentum and our musical ear so that we can infuse our lines with lyricism, sound, and rhythm from beginning to end.  We will explore how playing with cadence, tone, and sonic delivery creates memorable lines and infuses a long poem with dynamic movement.

In this class you will :

Allison Hedge Coke will be featured on The Big Texas Read on Wed, Jan 18th. We’re talking with Hedge Coke about her book-length poem, Look At This Blue, Finalist for the 2022 National Book Award. RSVP https://bit.ly/3A0XejH

Allison Adelle Hedge Coke was born in Texas and raised in North Carolina, Canada, and on the Great Plains. Of mixed heritage, she is a poet, writer, and educator. Though she left school to work in the fields as a child, she later took advantage of tuition-free community ed classes at North Carolina State University while a field worker. She left North Carolina, escaping domestic violence as a young mother, and enrolled in former field worker retraining on the West coast when leaving manual labor due to disability. She then studied script, performance and sound/light/film tech at Estelle Harmon’s Actor’s Workshop, earned an AFAW in creative writing on the old Institute for American Indian Arts campus in Santa Fe, attended two Jack Kerouac School of Disembodied Poetics Summer Writing Programs, and earned an MFA from Vermont College (1995), where she stayed for post-grad work.

She is the author of the poetry chapbook Year of the Rat (1996); the full-length poetry collections Dog Road Woman (1997), Off-Season City Pipe (2005), Blood Run (2006 UK, 2007 US), Streaming (2014), an illustrated (by Dustin Illetewahke Mater) special edition Burn (2017); and the memoir Rock, Ghost, Willow, Deer (2004, 2014). Streaming includes a full album recorded in the Rd Klā project period with Kelvyn Bell and Laura Ortman. One inclusion was selected by Motion Poems and Pixel Farms to be made into an animated film and several of the poems in Streaming also influenced the documentary project she directed, Red Dust.