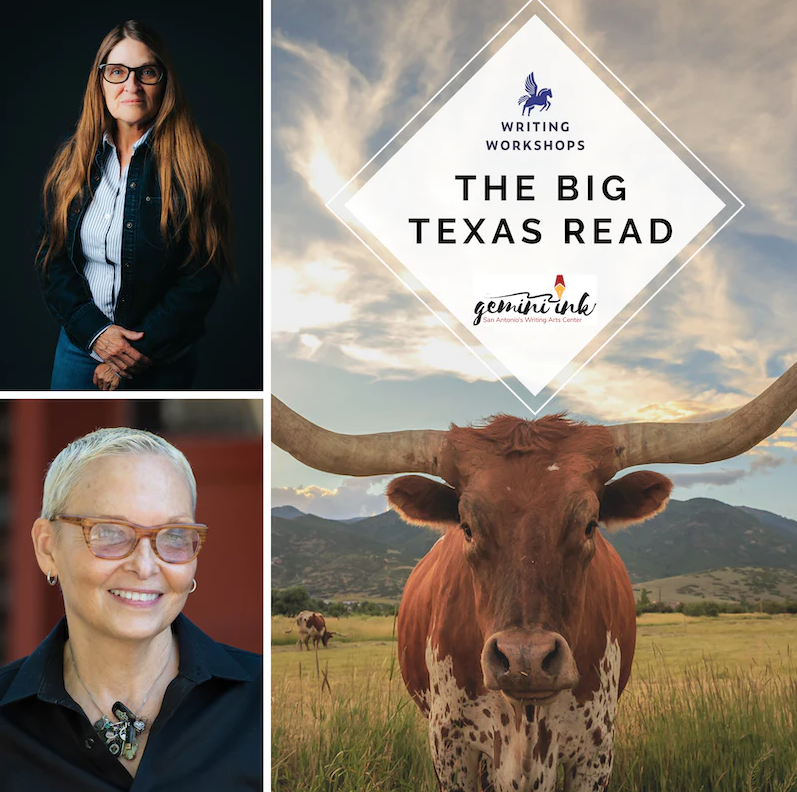 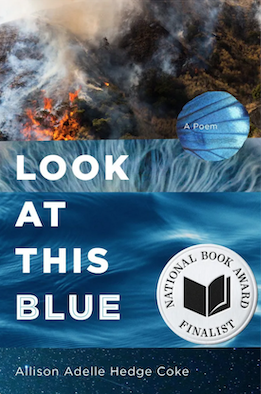 Up Next: 2022 National Book Award Finalist Allison Adelle Hedge Coke, author of the book-length poem, Look at This Blue. Acclaimed poet and memoirist Jan Beatty will moderate this session.

About Look at This Blue, Finalist for the 2022 National Book Award

Interweaving elegy, indictment, and hope into a love letter to California, Look at This Blue examines America’s genocidal past and present to warn of a future threatened by mass extinction and climate peril.

Truths about what we have lost and have yet to lose permeate this book-length poem by American Book Award winner and Fulbright scholar Allison Adelle Hedge Coke. An assemblage of historical record and lyric fragments, these poems form a taxonomy of threatened lives—human, plant, and animal—in a century marked by climate emergency.

Look at This Blue insists upon a reckoning with and redress of America’s continuing violence toward Earth and its peoples, as Hedge Coke’s cataloguing of loss crescendos into resistance.

Take a workshop with Allison Hedge Coke: Musicality and the Long Poem
Saturdays, January 21, 28 & February 4, 10am-12pm, CST, offered via Zoom
This course is open to writers of all skill levels.
Info at: https://geminiink.org/events/musicality-and-the-long-poem/

Allison Adelle Hedge Coke was born in Texas and came of age and worked in fields, factories, and waters in North Carolina until disabilities precluded further manual labors. After field-worker retraining programs in California at nearly thirty she began earning college credits.

Jan Beatty’s sixth book, The Body Wars, was published in 2020 by the University of Pittsburgh Press. In the New York Times, Naomi Shihab Nye said: Jan Beatty’s new poems in “The Body Wars” shimmer with luminous connection, travel a big life and grand map of encounters. Beatty won the Red Hen Nonfiction Award for her memoir, American Bastard, 2021. Other books include Jackknife: New and Collected Poems (Paterson Prize), The Switching/Yard, Red Sugar, Boneshaker, Mad River (Agnes Lynch Starrett Prize). Beatty worked as a waitress, an abortion counselor, and in maximum security prisons. For many years, she directed creative writing, the Madwomen in the Attic workshops, and the MFA program at Carlow University.