**WORKSHOP PARTICIPANTS:  To be considered for this class please submit a short paragraph on your reasons for taking this workshop and 3 pages of poetry no later than Wed, 3/31. Patricia Spears Jones will be selecting class participants based on these submissions. We ask that you wait to hear back from us to confirm your acceptance into this workshop before you enroll in this class.

Join acclaimed New York City poet Patricia Spears Jones in a master class that explores the connection of myth and spirit in the creation of poems for and about the future. Whitman in his essay, “Democratic Vistas” charged poets with sustaining a credible and expansive democracy. But his road map and the myths he relied on no longer suffice.

We are now deeply engaged with critiques of the tumultuous present, and rightly so, but WHAT OF THE FUTURE? Spears Jones will engage participants in a necessary dialogue and critique of new poems generated by their concepts of the future –who we want to be, what kind of society, and how the culture will express these ideas. Vision is not easy. As Ferlinghetti said, “and I am waiting/for a new rebirth of wonder.” Participants will probe what that wonder is to them in this generative, thought-provoking workshop. 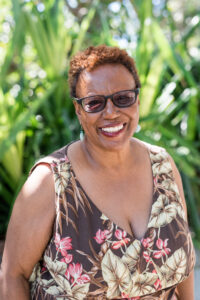 Patricia Spears Jones is the author of four collections of poetry: A Lucent Fire: New & Selected Poems (2015), Painkiller (2010), Femme du Monde (2006), and The Weather That Kills (1995). A resident of New York City since the 1970s, her poems have been praised for “the grit and blood, wit, flesh, bone, and spirit of which [they] are made” (Jane Hamill on Femme Du Monde). She has also been the recipient of an abundance of awards, such as The 2017 Jackson Poetry Prize, which “honors an American poet of exceptional talent who deserves wider recognition” and is a frequent contributor to the New Yorker.