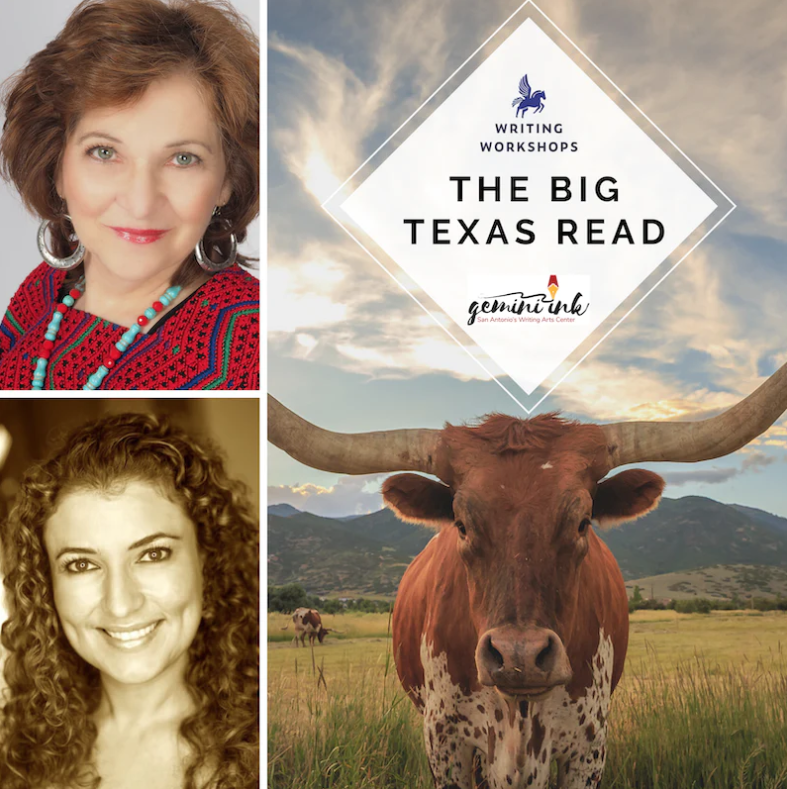 Up Next: We’re reading and discussing Carmen Tafolla and Regina Moya’s book The Last Butterfly/La Ultima Mariposa, winner of the most inspiring bilingual children’s book for the International Latino Book Awards.

About The Last Butterfly/La Última Mariposa

A brave young butterfly, a small boy, and a dancing blue planet build a bond of love and hard work, drawing on the 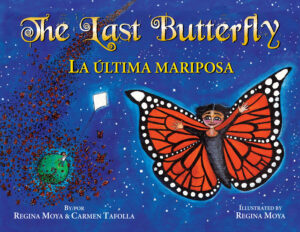 magic of their relationship. A delightful adventure into the migration of monarch butterflies, and the value of protecting those things we love, this touching story is told in simple but poetic language aimed at children from 5 to 99 and is beautifully illustrated with the rich colors of the Mexican forests where the monarchs head each winter.

Named State Poet Laureate of Texas in 2015, Dr. Carmen Tafolla is an award-winning poet and children’s author, storyteller, performance artist, motivational speaker, scholar and university professor. The author of more than 30 books and a Professor of Transformative Children’s Literature at UT San Antonio, she holds a Ph.D. in Bilingual Education from the University of Texas and a B.A., M.A., and a Doctorate Honoris Causa in Humane Letters from Austin College.

Tafolla has performed her one-woman show throughout the Americas, Europe, and New Zealand, and her work appears internationally in textbooks, newspapers, journals, magazines, elementary school Big Books & posters on city buses, and engraved on sidewalks and museum walls. Tafolla credits the community around her with her inspiration and her training, and says her works are inspired by “ancestors whispering over my shoulder.”

A native of the West-Side barrio schools of San Antonio, Texas, where teachers’ stereotypes of Mexican students as hoods resulted in daily frisking, Tafolla was told by her junior high principal that she had the potential to make it all the way to high school. Instead, she completed high school, a B.A., M.A., and Ph.D.In 1973, she became Director of the Mexican-American Studies Center at Texas Lutheran College, formed part of the Chicano Literary Movement of the 70s and 80s, and in 1978, Head Writer for Sonrisas, a bilingual children’s television series. Tafolla went on to work at universities and educational research centers throughout the Southwest.

Tafolla has received numerous distinctions, including the prestigious Americas Award, presented to her at the Library of Congress in 2010; first Poet Laureate of the City of San Antonio 2012-2014; five International Latino Book Awards; two Tomas Rivera Book Awards; two ALA Notable Books; the Art of Peace Award; the Texas 2 by 2 Award; and Top Ten Books for Babies.

Called by Rigoberto Gonzales “the Zora Neale Hurston of the Chicano Community” and by Alex Haley “a world-class writer”, Tafolla has been recognized by the National Association for Chican@ Studies for work that “gives voice to the peoples and cultures of this land.”

The current President of the Texas Institute of Letters, Tafolla is at work on the biography of noted 1930s civil rights organizer Emma Tenayuca.

Regina Moya is a writer and illustrator born in 1978.  She has published three novels, Memorias de Dos Mujeres Mexicanas, Donde Anidan las Palomas and Turkey Day. Regina has written and illustrated two children’s book stories, The Counting Machine, commissioned in 2012 by Deutsche Bank, and The Gift of Water, commissioned in 2013 by Mexican leading non-profit Kaluz. They both talk about environmental awareness. The Gift of Water was converted into a short animated film. Regina wrote The American Dream, a column in the AEM Magazine for seven years.