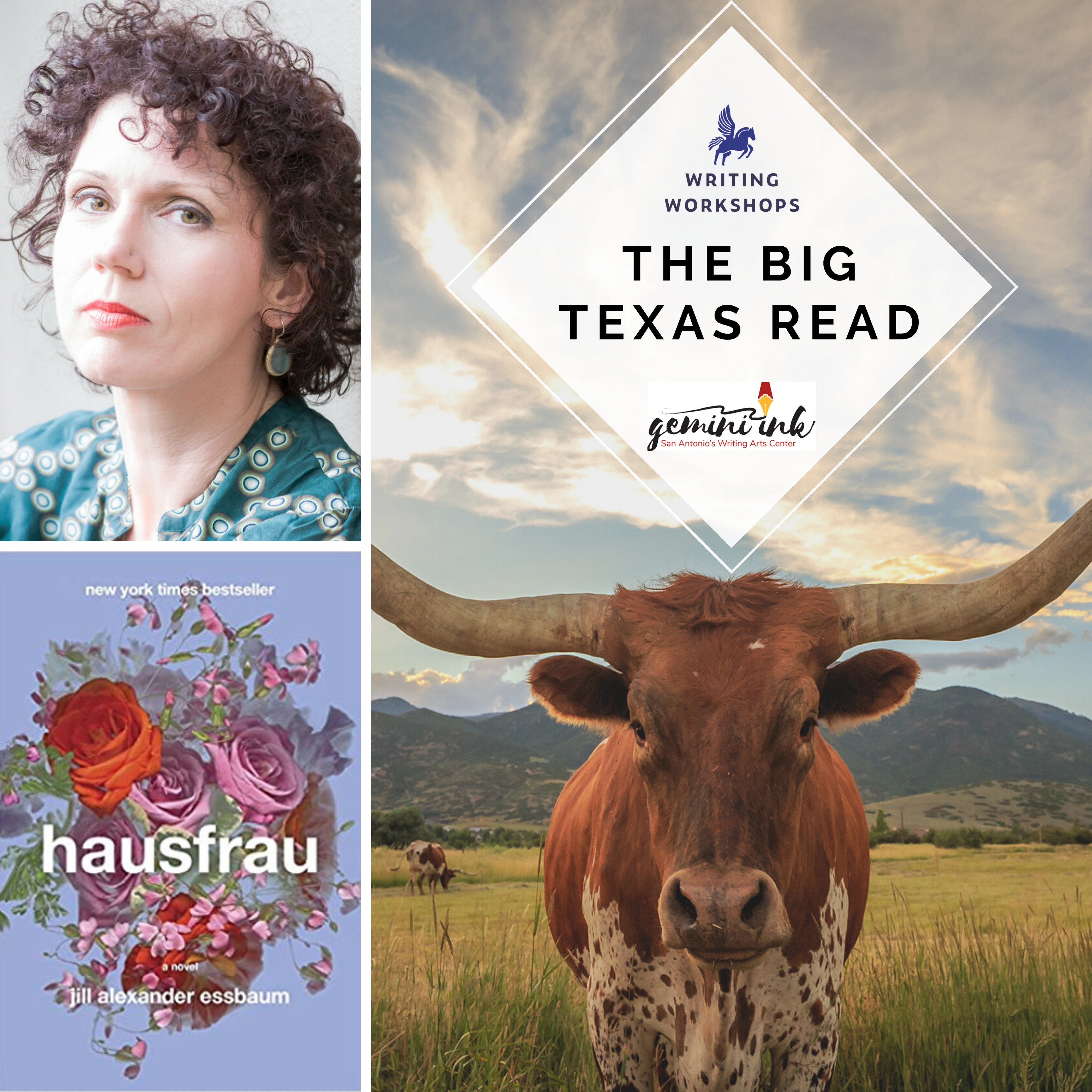 Up Next: We’re discussing Jill Alexander Essbaum’s Hausfrau: A Novel. Poet, writer, and educator Jessica Piazza will be in discussion with Jill about the craft and business of writing.

About Hausfrau: A Novel

NEW YORK TIMES BESTSELLER • NAMED ONE OF THE BEST BOOKS OF THE YEAR BY SAN FRANCISCO CHRONICLE, THE HUFFINGTON POST, AND SHELF AWARENESS • “In Hausfrau, Anna Karenina goes Fifty Shades with a side of Madame Bovary.”—Time

“A debut novel about Anna, a bored housewife who, like her Tolstoyan namesake, throws herself into a psychosexual journey of self-discovery and tragedy.”—O: The Oprah Magazine

“Sexy and insightful, this gorgeously written novel opens a window into one woman’s desperate soul.”—People

Anna was a good wife, mostly. For readers of The Girl on the Train and The Woman Upstairs comes a striking debut novel of marriage, fidelity, sex, and morality, featuring a fascinating heroine who struggles to live a life with meaning.

Anna Benz, an American in her late thirties, lives with her Swiss husband, Bruno—a banker—and their three young children in a postcard-perfect suburb of Zürich. Though she leads a comfortable, well-appointed life, Anna is falling apart inside. Adrift and increasingly unable to connect with the emotionally unavailable Bruno or even with her own thoughts and feelings, Anna tries to rouse herself with new experiences: German language classes, Jungian analysis, and a series of sexual affairs she enters with an ease that surprises even her.

But Anna can’t easily extract herself from these affairs. When she wants to end them, she finds it’s difficult. Tensions escalate, and her lies start to spin out of control. Having crossed a moral threshold, Anna will discover where a woman goes when there is no going back.

Intimate, intense, and written with the precision of a Swiss Army knife, Jill Alexander Essbaum’s debut novel is an unforgettable story of marriage, fidelity, sex, morality, and most especially self. Navigating the lines between lust and love, guilt and shame, excuses and reasons, Anna Benz is an electrifying heroine whose passions and choices readers will debate with recognition and fury. Her story reveals, with honesty and great beauty, how we create ourselves and how we lose ourselves and the sometimes disastrous choices we make to find ourselves.

“Elegant . . . There is much to admire in Essbaum’s intricately constructed, meticulously composed novel, including its virtuosic intercutting of past and present.”—Chicago Tribune

“For a first novelist, Essbaum is extraordinary because she is a poet. Her language is meticulous and resonant and daring.”—NPR’s Weekend Edition

“We’re in literary territory as familiar as Anna’s name, but Essbaum makes it fresh with sharp prose and psychological insight.”—San Francisco Chronicle

“This marvelously quiet book is psychologically complex and deeply intimate. . . . One of the smartest novels in recent memory.”—The Dallas Morning News

Jessica Piazza is the author of three poetry collections: Interrobang, This is not a sky, and Obliterations (with Heather Aimee O’Neill), as well as the children’s book Olivia Otter Builds Her Raft. Born and raised in Brooklyn, New York, Jessica now lives in Los Angeles, where she teaches at the University of Southern California. She co-founded Bat City Review (Austin, TX) and Gold Line Press (Los Angeles, CA) and curates Poetry Has Value, which focuses on the intersections of poetry, money and worth. She is the recipient of the Amy Clampitt residency, and is working on a new poetry collection and a novel. Her poems have most recently appeared in Best American Poetry, Smartish Pace and 32 Poems.

PARTNER BOOKSTORES
We’re grateful to partner with independent bookstores Interabang Books in Dallas and The Twig Book Shop in San Antonio for The Big Texas Read. Order your book directly from either bookstore and have it delivered to your front door!
+ Google Calendar+ iCal Export