Up Next: We’re reading and discussing Wondra Chang’s novel, Sonju. This session will be moderated by Jay Brandon.

After she defies the rigid, oppressive Confucian tradition of order and conformity, Sonju descends from an aristocratic upbringing to working at a men’s club. In spite of social condemnations and personal tragedies, her determination to be her own person never wavers. Sonju’s life takes a turn when her mother marries her off to a man from a wealthy farming clan rather than allowing her to marry the man she loves. Set against the historical background of the humiliating Japanese occupation and the horrors of the Korean War, Sonju portrays one woman’s journey to personal liberation.

Wondra Chang was born in South Korea and has lived in the U.S. since 1970. Her writing discipline began at age ten, writing five short stories a day under the tutelage of a writing teacher. She won first place in a province-wide in-person writing competition. She studied journalism at Ewha Woman’s University in Seoul, Korea. She currently lives in San Antonio, Texas, with her husband, Bernard Rauch. 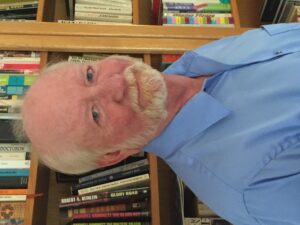 Jay Brandon’s twentieth novel, From the Grave, was published in January of 2020.  Booklist says of it, “The pace is brisk, the writing elegant.” His previous novel Against the Law (2018), Booklist called, “A fine, tense legal thriller with an offbeat plot.”  Jay’s legal thriller Running with the Dead, was called by Kirkus “a brilliant entry in a series that just keeps getting better.” His books have been published in more than a dozen foreign countries, and have been optioned for movies by Steven Spielberg, among others.