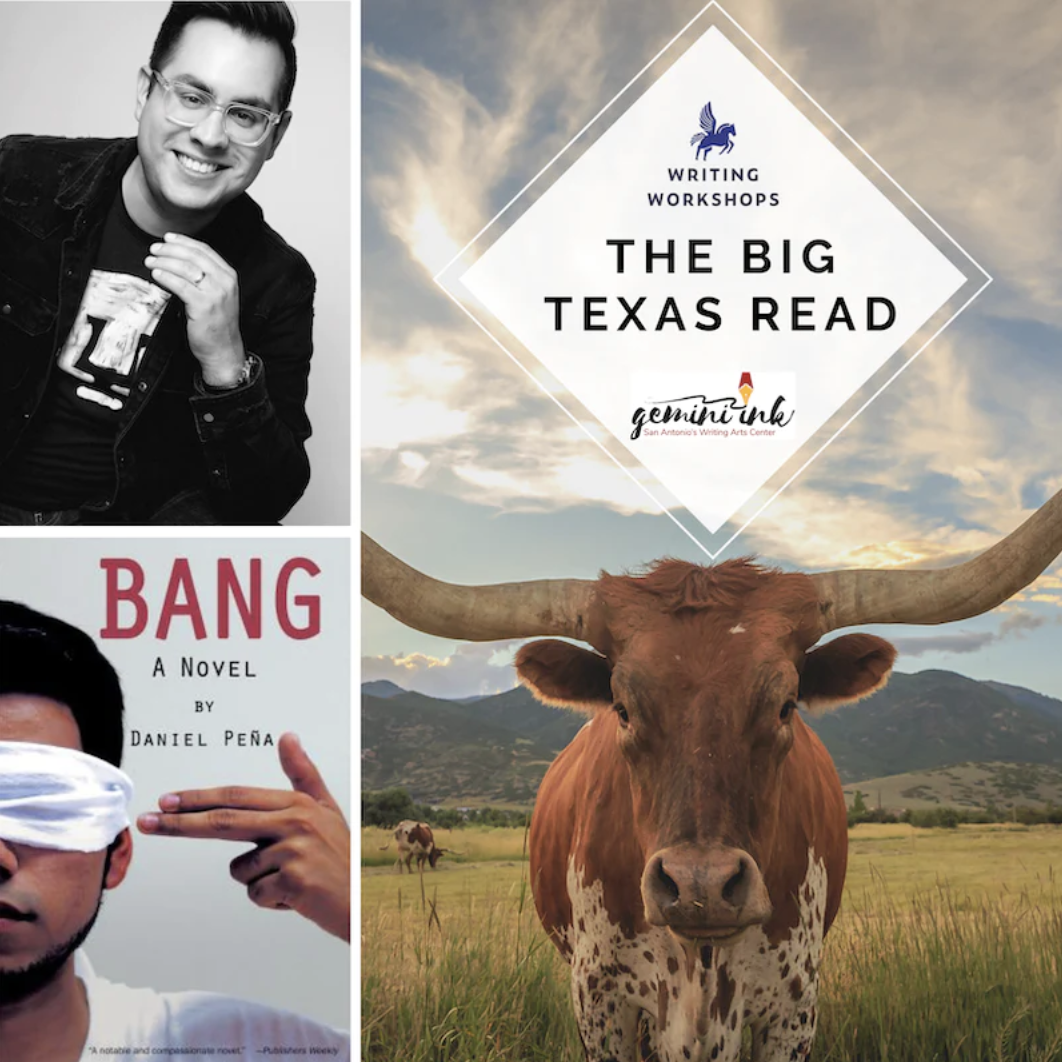 Up Next: We’ll be in conversation with Daniel Peña about his novel, Bang. We’ll also have a discussion on the craft and business of writing.

“Peña examines the symbiosis of the United States and Mexico and makes painfully clear the negative effects of international trade, legal and illegal. This is a notable and compassionate novel.” — Reviewer “Publishers Weekly”

“Peña provides a window into the struggles of immigrants on the border as well as the violent drug war fueling the migration. A piercing tale of lives broken by border violence.” — Reviewer “Kirkus Reviews”

“Bang is such a timely novel that offers devastating insights into how communities adapt to severe shifts in culture and society.” — Reviewer “NBC Latino”

“Daniel Peña’s debut novel reminds me of a bantamweight boxer. Lean and compact, it is packed with energy, ready to land blow after punch after jab on any reader who dares to underestimate it.” — Texas Observer

“Peña uses his prodigious gift for detail to take us inside the horrors that befall this family as a result of the fateful flight that started as a dare between brothers. Bang is a grim yet gripping debut that hinges on the desperate hope of its characters.” — Austin American-Statesman

Daniel Peña is a Pushcart Prize-winning writer and Assistant Professor. Formerly, he was based out of the UNAM in Mexico City, where he worked as Fulbright-Garcia Robles Scholar. A graduate of Cornell University and a former Picador Guest Professor in Leipzig, Germany, his writing has appeared in Ploughshares, The Rumpus, the Kenyon Review, Texas Monthly, NBC News, and The New York Times Magazine. He’s currently a regular contributor to The Guardian and the Ploughshares blog. His novel, Bang, is out now from Arte Publico Press. He lives in the beautiful Dallas-Fort Worth area.