In this workshop we’ll focus on four specific areas in the craft of writing fiction and will discuss the more general questions of fiction’s role in society, and how we as aspiring writers might also aspire to keep our bodies, souls, and sanity intact while developing as artists. The four craft sections will deal with character, plot, dialogue, and scene, with examples drawn from modern and contemporary fiction, and occasionally nonfiction. Along the way, we’ll discuss work routines, what to do when we’re stuck, where to submit our work, and what—and how—to read as writers.

Ben Fountain is our 2021 Autograph Series honoree
Join us on April 16, 2021!
Click this link for more info 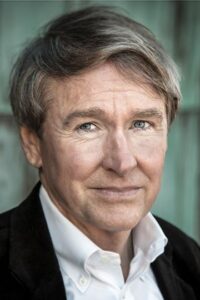 Ben Fountain was born in Chapel Hill and grew up in the tobacco country of eastern North Carolina. A former practicing attorney, he is the author of Brief Encounters with Che Guevara, which won the PEN/Hemingway Award and the Barnes & Noble Discover Award for Fiction, and the novel Billy Lynn’s Long Halftime Walk, winner of the National Book Critics’ Circle Award and a finalist for the National Book Award. Billy Lynn was adapted into a feature film directed by three-time Oscar winner Ang Lee, and his work has been translated into over twenty languages. His series of essays published in The Guardian on the 2016 U.S. presidential election was subsequently nominated by the editors of The Guardian for the Pulitzer Prize in Commentary. These were subsequently compiled into: Beautiful Country Burn Again (2018). He lives in Dallas, Texas with his wife of 32 years, Sharon Fountain.