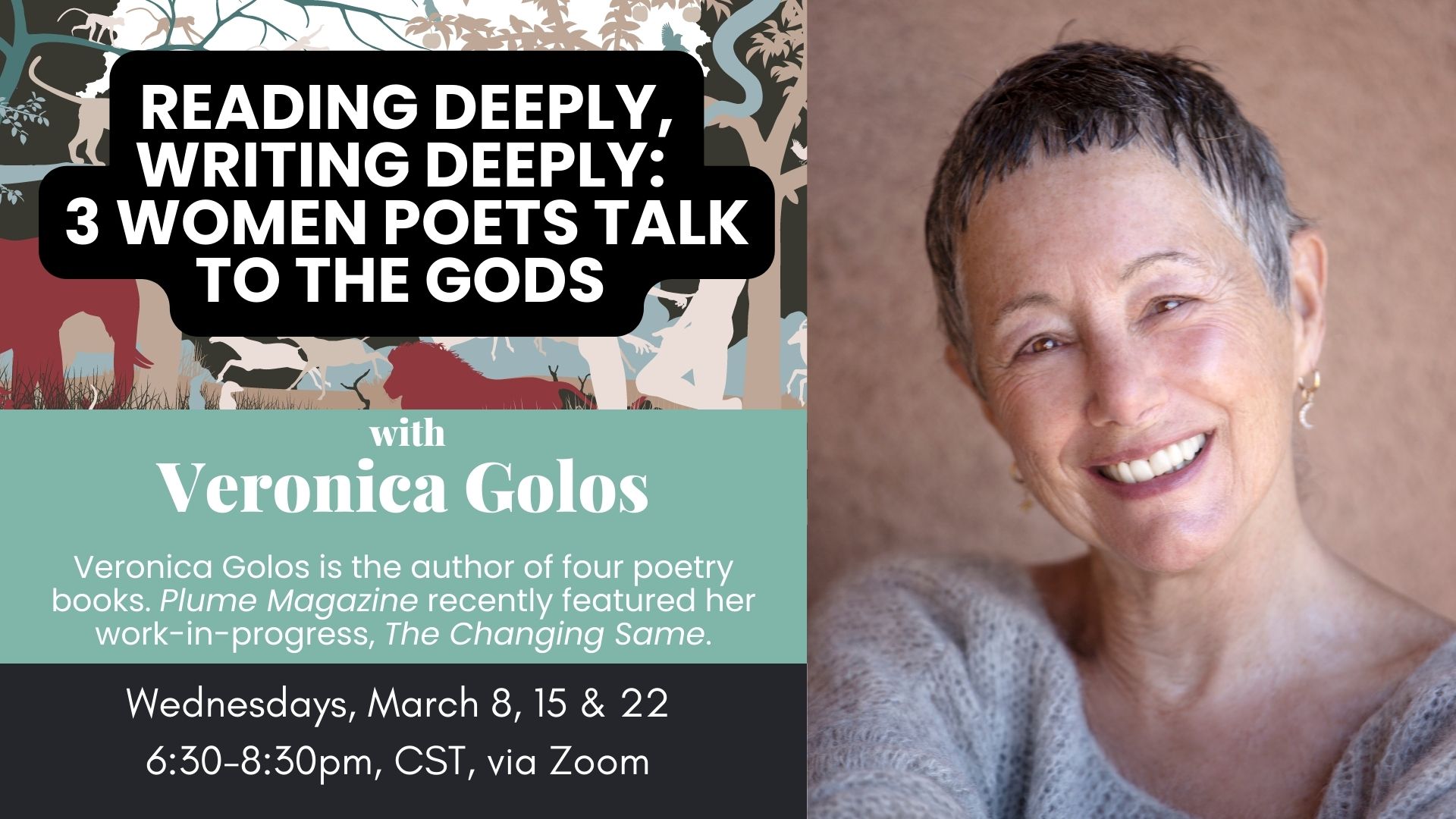 I absolutely loved the workshop with Veronica Golos. Even with a larger turnout, she kept the community of the class intact. We had a great time reading deeply and sharing our own works. —Cathlin Noonan, previous student of Reading Deeply, Writing Deeply

Whether a writer is talking directly to God or using religious reflection to try and make sense of humanity, poetry is shrouded in spiritual mystery and is often used to explore both concrete and intangible concepts of a higher power.

In this three-week workshop, we will study impactful poems from three women poets who invoke ideas of God or the gods. Louise Gluck’s book The Wild Iris enlists flowers from the garden of eden to help tell a story. Lucille Clifton’s “brothers” is an eight-poem conversation between an aged Lucifer and God. Natalia Toledo’s body of written work speaks to the Zapotec gods in three languages: Zapotec, Spanish, and English.

Class readings and suggestions on how to write your own response poem to these poets (and these gods) will be shared prior to the workshop.

Veronica Golos is the author of four poetry books: GIRL, awarded the Naji Naaman Honor Prize, 2019 (Beirut, Lebanon); Rootwork, winner of the Southwest Book Design Award in Poetry, 2016; Vocabulary of Silence, winner of the New Mexico Book Award, translated into Arabic and Persian; and A Bell Buried Deep, winner of the Nicholas Roerich Poetry Prize. Former co-editor of the Taos Journal of International Poetry & Art, she is an instructor for SOMOS in Taos, NM, and Hugo House in Seattle, WA. Plume Magazine recently featured her work-in-progress, The Changing Same. Plume Poetry Feature: Veronica Golos. She lives in Taos, New Mexico, with her husband, David Pérez.