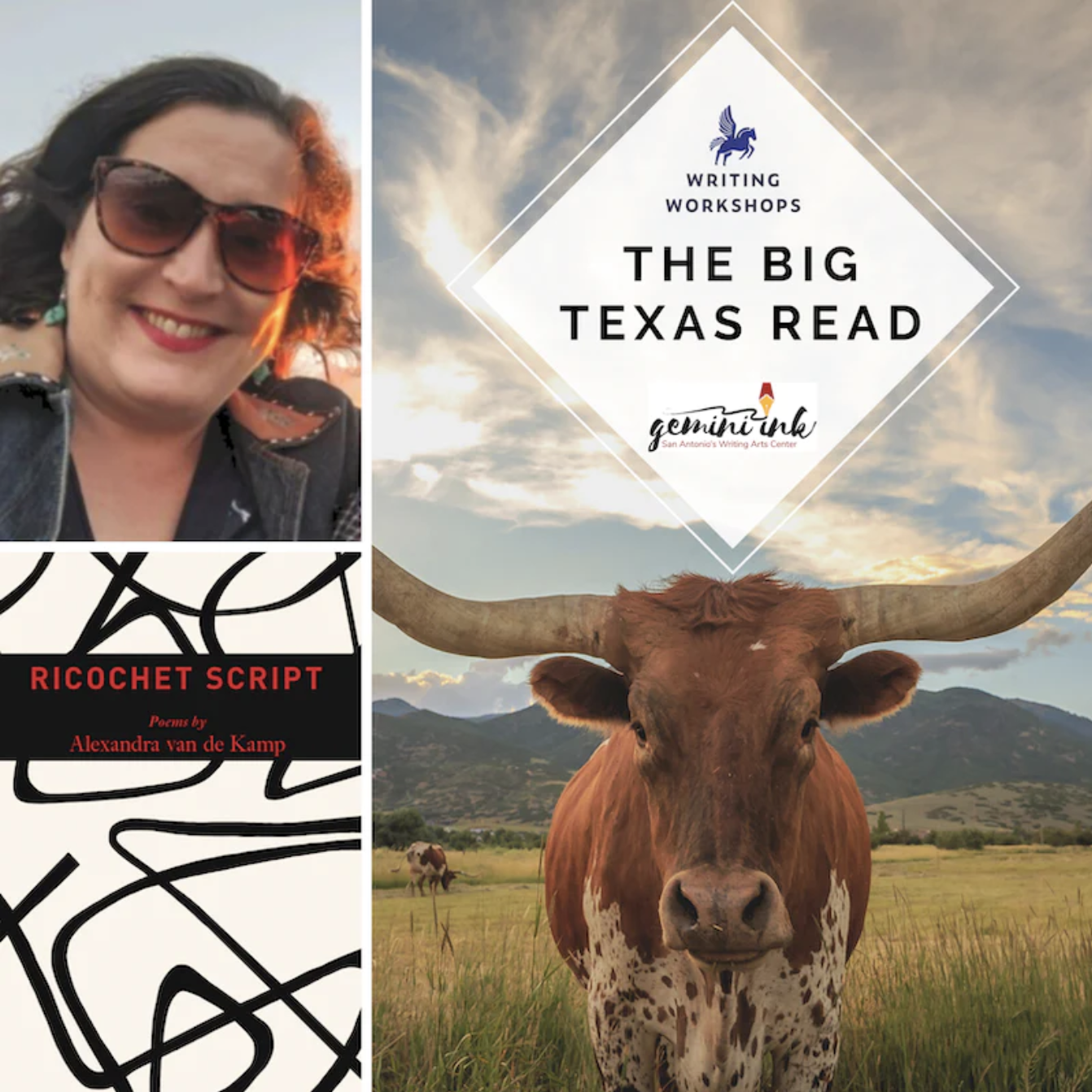 ​Alexandra van de Kamp’s Ricochet Script examines life as a plot slipping from our hands, veering in unexpected directions as years coalesce behind us. These poems bargain with time as a foreign, surreal, and elusive entity, where whole days can feel as if they were “written/in someone else’s script.” In vivid, at times playful musings, van de Kamp grapples with midlife, loss, and the strangeness of the body, while never forgetting the unrelenting beauty of being alive. These poems invoke a wide range of storylines, from Hitchcock’s Lifeboat and spy thrillers to aging parents, to confront the unpredictable and ricocheting world.

Alexandra van de Kamp tells us “I want to make sense of abundance.” In her beautifully wrought poems, we experience the sheer delight of all the sights, smells, and sounds of this world. Yet few poets are as deft at simultaneously evoking the precarity and consequent tenderness of existence. Van de Kamp’s is a world made magical through art. She is canny, funny, filmic, but she can also stop your heart with the sudden apprehension of how time moves through us, “coaxing us / to bear something so much larger than ourselves.” Ricochet Script is the book we need in these challenging times, a book that quite simply teaches us how to live more fully.
–Sheila Black, co-editor of Beauty is a Verb, author of Iron Ardent

This poet is a lithe acrobat, her ricocheting thoughts tightly woven by stunning images. The poems think, yet the movement is concrete, specific, tuned with details: “. . . watch the bright / balled-up leaves in the boiled water unfurl and float, / like mini-Ester Williams doing the backstroke.” Or “. . . let’s not forget the invisible; / the mosquito the size of a torn // eyelash . . .” The poems in Ricochet Script decry and bless the human condition. Alexandra van de Kamp’s use of irony, pathos to describe inner and outer worlds, and her close investigation of mortality brings us a book to savor, to read slowly, expectations raised to the excitement and beauty of what is next.
–Veronica Golos, author of GIRL

In the atmospheric Ricochet Script, poems are rendered not only in the high contrast of film noir, but in the flesh tones of unmediated raw material—the body and the life gathered around it. The powerful “Elegy to My Uterus with a Glass of Pinot Noir” blends the cinematic and the body effortlessly in its opening lines: “When they told me you had to go, / I envisioned myself on a train in a 1950s European war film, staring out / at a country I’d never see again.” Throughout Ricochet Script, Alexandra van de Kamp takes delight in the tools of her trade. Language shimmers with meaning and eroticism, words themselves become “rounded and ridged morsels.” While the mood sometimes darkens, the voice of these entrancing poems remains sophisticated, ardent, witty, and passionate.
–Stephanie Dickinson, author of Blue Swan Black Swan: The Trakl Diaries

Alexandra van de Kamp is the Executive Director for Gemini Ink, San Antonio’s Writing Arts Center (www.geminiink.org). Her most recent book of poems is Ricochet Script, recently released by Next Page Press on April 1, 2022. Previous collections of poems include: Kiss/Hierarchy (Rain Mountain Press 2016) and The Park of Upside-Down Chairs (CW Books 2010). She has also published several chapbooks, including A Liquid Bird Inside the Night (Red Glass Books 2015) and Dear Jean Seberg (2011), which won the 2010 Burnside Review Chapbook Contest. Her poems have been published in journals nationwide, such as The Cincinnati Review, The Texas Observer, Denver Quarterly, Great Weather for MEDIA, Washington Square, 32Poems, Tahoma Literary Review, and Sweet: A Literary Confection. She has had her work featured on VerseDaily and her poetry has received Best of the Net nominations and more. Find out more about her poetry here. 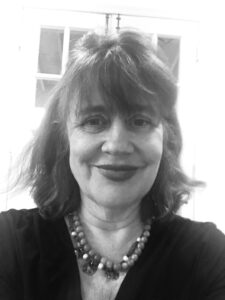 Sheila Black is the author of five poetry collections, most recently Radium Dream newly released from Salmon Poetry Ireland. Poems and essays have appeared in Poetry, Kenyon Review Online, Ploughshares, The New York Times, and elsewhere. She is a co-editor of Beauty is a Verb: The New Poetry of Disability (Cinco Puntos Press, 2011), named a Notable Book for Adults for 2012 by the American Library Association. She likes rain and also sunflowers which does not feel like an oxymoron. She is a co-founder and current Executive Director of Zoeglossia, a non-profit that builds community for poets with disabilities. She lives in San Antonio, Texas.