Reusing the Imagination with Ito Romo

Writers are observers, but how do they translate what they see in the real world into evocative, impactful short stories that play like a mini-film in the readers’ mind?

In this class, we will discuss the process of becoming an observant “recorder” in every sense of the word. We will also discuss how to take these “recordings” that now live in our mind, reimagine them, then translate them into our writing so readers are invited to reimagine them too. We will examine how this movement from the real world to our mind to our work then to our reader’s imagination can be done seamlessly, with an emphasis on word choice and syntax. We will also discuss sentence visualization and the role our senses play in creating a written world as believable as our own “real” world.

Students will leave this workshop with the following tools: 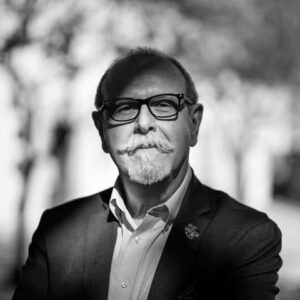 Ito Romo was born and raised on the border in Laredo, Texas. His recent work, dubbed “Chicano Gothic” and “Chicano Noir,” shows the dark and gritty life along Interstate 35 through South Texas, where his family has lived since 1750. He lives in San Antonio and is a Professor of English Literature and Language at St. Mary’s University, where he teaches Mexican American Literature, Multicultural Literature, and Creative Writing. Romo received his PhD from Texas Tech University’s Creative Writing Program and was recently inducted into the Texas Institute of Letters. He is the author of The Border is Burning (2013) and El Puente / The Bridge (2001), both published by the University of New Mexico Press. El Puente / The Bridge (2001) was also published in German by Europa Verlag, Munich. Romo is currently working on a novel, Filth Eaters.