This session will be moderated by Jenny Browne.

In The Blues of Heaven, Barbara Ras delivers her characteristic subjects with new daring that both rattles and beguiles. Here are poems of grief over her brother’s death; doors to an idiosyncratic working-class childhood among Polish immigrants; laments for nature and politics out of kilter. Ras portrays the climate crisis, guns out of control, the reckless injustice and ignorance of the United States government. At the same time, her poems nimbly focus on particulars—these facts, these consequences—bringing the wreckage of unfathomable harm home with immediacy and integrity. Though her subjects may be dire, Ras also weaves her wise humor throughout, moving deftly from sardonic to whimsical to create an expansive, ardent, and memorable book.

It is in this collection—the poems at once tender and world-weary, weathered but endlessly hopeful—that we see Ras at her best.
–Sewanee Review

The Blues of Heaven, by Barbara Ras, radiates with immense tenderness—here are poems of vivid painterly wonderment, perfect pacing and weight, elegantly woven counterpoints of shimmering imagery. How does she do this? A book of infinite love and depth.
–Naomi Shihab Nye, author of Everything Comes Next

The color blue (cobalt, baby, wan, damn, recklessly blue) in Barbara Ras’s latest collection, The Blues of Heaven, is so exquisitely employed, it’s hard not to gush. Her poetry remains as capacious, as endlessly curious as ever. By turns elegiac, nostalgic, and outraged, Ras gives us the world—‘a blue ball spinning at a 1000 mph’—in all its glorious imperfection.
–Ellen Bass

The sweet and dark weight of being has never been more capably measured than in The Blues of Heaven. In poems about personal and national griefs, about the world at hand and the world that must be journeyed to, and about the creatures of creation and the tender, creatural self, Barbara Ras engages in acts of vision, ecstasy, and conscience. As the speaker in one poem declares, “I will work in fields of fire.” And true, in the midst of a period in our human history that has been nearly unendurable, Ras has given us a book of extraordinary shining.
–Rick Barot, author of The Galleons

Barbara Ras is the author of the poetry collections Bite Every Sorrow (winner of the Walt Whitman Award and the Kate Tufts Discovery Award), One Hidden Stuff, and The Last Skin. She has received fellowships from the John Simon Guggenheim Memorial Foundation and the Rockefeller Foundation, among others. Her poems have appeared in the New Yorker, Tin House, Granta, and Orion, as well as in other magazines and anthologies. Ras has taught in the MFA Program for Writers at Warren Wilson College and at workshops nationally and internationally. She lives in San Antonio and is the founding director emerita of Trinity University Press. 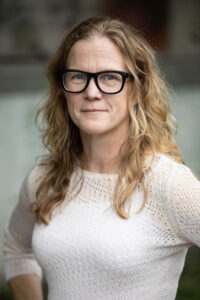 Jenny Browne’s most recent book is Fellow Travelers: New and Selected Poems, from TCU Press. A former James Michener Fellow at the University of Texas, she has received the Cecil Hemley Memorial Award from the Poetry Society of America, a National Endowment for the Arts Fellowship in Poetry and two Literature Fellowships from the Texas Writers League. Her poems and essays have appeared widely, most recently in American Poetry Review, Bennington Review, Copper Nickel, Oxford American and The Nation. She lives in downtown San Antonio and teaches at Trinity University. She served concurrent terms as the 2016-2018 City of San Antonio Poet Laureate, and the 2017-2018 State of Texas Poet Laureate. In 2020 she was the Distinguished Fulbright Scholar in Creative Writing at Seamus Heaney Centre at Queens University, Belfast, Northern Ireland.