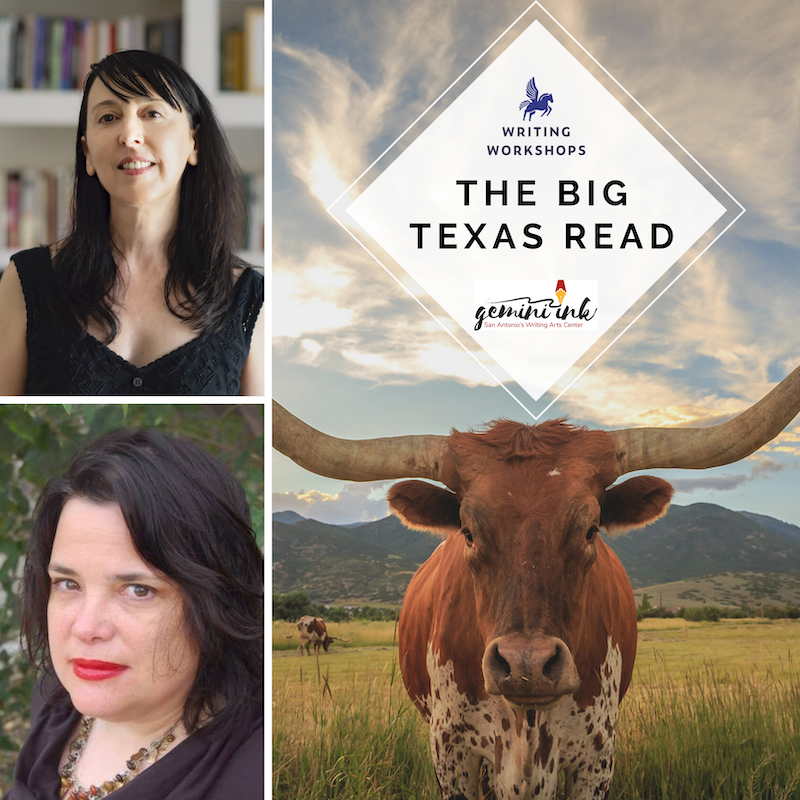 This session will be moderated by Elizabeth McCracken, the author of seven books, including Thunderstruck & Other Stories and The Souvenir Museum.

Two auditors for the US egg industry go rogue and conceive a plot to steal a million chickens in the middle of the night—an entire egg farm’s worth of animals. Janey and Cleveland—a spirited former runaway and the officious head of audits—assemble a precarious, quarrelsome team and descend on the farm on a dark spring evening. A series of catastrophes ensues. 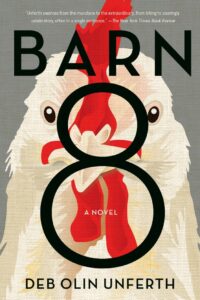 heist story of a very unusual sort. Swirling with a rich array of voices, Barn 8 takes readers into the minds of these renegades: a farmer’s daughter, a former director of undercover investigations, hundreds of activists, a forest ranger who suddenly comes upon forty thousand hens, and a security guard who is left on an empty farm for years. There are glimpses twenty thousand years into the future to see what chickens might evolve into on our contaminated planet. We hear what hens think happens when they die. In the end the cracked hearts of these indelible characters, their earnest efforts to heal themselves, and their radical actions will lead them to ruin or revelation.

Funny, whimsical, philosophical, and heartbreaking, Barn 8 ultimately asks: What constitutes meaningful action in a world so in need of change? Unferth comes at this question with striking ingenuity, razor-sharp wit, and ferocious passion. Barn 8 is a rare comic-political drama, a tour de force for our time.

Deb Olin Unferth’s novels and short story collections are widely celebrated as wickedly comic and cutting edge. She is the author of six books of fiction and nonfiction. Her most recent book is the novel Barn 8 (Graywolf, 2020 ), named a best book of 2020 by NPR, Slate, Austin Chronicle, and Literary Hub. Her most recent short story collection is Wait Till You See Me Dance (Graywolf, 2017), which the New York Times says “swerves from the mundane to the extraordinary, from biting to soaringly celebratory.”

Her other books include the graphic novel I, Parrot (Catapult 2017) in collaboration with the illustrator Elizabeth Haidle; the memoir Revolution: The Year I Fell in Love and Went to Join the War (Holt 2011) a finalist for the National Book Critics’ Circle Award, about dropping out of college to join the Sandinista revolution in Nicaragua;  the novel Vacation (McSweeney’s 2008), winner of the Cabell First Novel Award; and the story collection Minor Robberies (McSweeney’s 2007). She has received a Guggenheim Fellowship and three Pushcart Prizes. Her fiction and nonfiction have appeared in Harper’s, The Paris Review, Granta, Vice, Tin House, NOON, the New York Times, and McSweeney’s.

An advocate of prison reform, Unferth founded and runs the Pen City Writers, a creative-writing certificate program at a maximum-security prison in south Texas. For this work, she won the 2017 Texas Governor’s Criminal Justice Service Award and the 2017 American Short Fiction Community Star Award. Discussing the work she does in prisons with Conflict of Interest, Unferth notes, “The incarcerated students I teach don’t have access to the internet. So the books and stories they read blow their minds a little more, maybe, than those of us who are numbed into submission by our screens. The incarcerated students inspire me to lie on the sofa all afternoon reading—to see what the fuss is all about. They remind me what books are for, re-instilling my faith every class like church.”

Unferth grew up in Chicago. She studied philosophy and graduated with a B.A. from the University of Colorado in Boulder. After college, she began writing fiction while working at a women’s homeless shelter in Chicago. She received an M.F.A. from Syracuse University. She has taught at Wesleyan University and the University of Kansas. She is now an associate professor of creative writing at the University of Texas at Austin, where she teaches for the Michener Center for Writers and the New Writers Project. She lives with her husband and dog, Henry.

Elizabeth McCracken is the author of seven books: Here’s Your Hat What’s Your Hurry, The Giant’s House, Niagara Falls All Over Again, An Exact Replica of a Figment of My Imagination, Thunderstruck & Other Stories, Bowlaway, and the forthcoming collection of short stories The Souvenir Museum.  She’s received grants and fellowships from the Guggenheim Foundation, the National Endowment for the Arts, the Liguria Study Center, the American Academy in Berlin, the Fine Arts Work Center in Provincetown, and the Radcliffe Institute for Advanced Study. Thunderstruck & Other Stories won the 2015 Story Prize. Her work has been published in The Best American Short Stories, The Pushcart Prize, The O. Henry Prize, The New York Times Magazine, and many other places. You can find her rather often, entirely too often, really, on Twitter.