The Writer’s Desk with Veronica Golos

Join Veronica Golos on Tuesdays, Wed, March 9, 16 & 23, 6:30-8:30pm CST via Zoom, for her workshop: Reading Deeply/Writing Deeply: Writing the Ineffable with Veronica Golos. This workshop will explore the paradox of writing the Ineffable: how to describe what is almost gone, the lost moment, extreme beauty, depth of fleeting feeling. We will discuss the different techniques used in the work of Jorie Graham, Susan Stewart, and Joanna Klink, three poets that capture the Ineffable.  We will generate work of our own, for deep discussion in this collaborative workshop. A packet of poems by these poets will be sent to the participants previous to the workshop. This workshop is ideal for intermediate and advanced poetry students.

My first writing desk was a small plastic table in the kitchen.  In addition, for my first book, A Bell Buried Deep I was still living in New York, and got up early, and went to  Starbucks, around 6:30 am.  When I moved to New Mexico, in our rental house,  we had a huge, built-in desk; and that was wonderful. I had space for poetry books that I was reading, spaces for folders — I tend to go from chaos to order, and such a large space was good for both.  Now I work at a table beneath the staircase in the living room, piles of folders and papers — folders for classes, and papers of poems.  It has advantages in that we have lots of light; on the other hand, it’s a small open space.

How important is it to you to have stability in your writing routine?

I find it is very important.  I need deadlines.  Also I collaborate with a group of poets once a week, where we offer drafts of poems.  I tend to write books, rather than individual poems.  This helps me frame my time and ideas. Teaching also helps, in that I am always reading poems, doing research, keeping my mind in poetry.

What is the one piece of writing advice that you value most?

What is a book (or movie) that you can read/watch over and over?

The poetry book I always return to is The Way of All Parting, the selected poems of Ranier Maria Rilke, translated by Stephen Mitchell. I love the work of Sherwin Bitusi (Diné), Mahmoud Darwish, Arthur Sze among others. For nighttime reading I love mysteries, and one favorite author is James Lee Burke.  But there are so many authors, both prose and poetry, that inspire me at different moments.  For example, Joanna Klink, Jorie Graham, Susan Stewart whose poetry we will be discussing and emulating in my workshops in March.

What theme or symbol often emerges in your work?  Why are you drawn to this theme/symbol?

I believe what I seem to explore in my books is the question of Freedom.  In that regard, I wrestle with the accepted history of the United States, how at the core of our history is  Slavery and Occupation. In my work, using lyric, persona, and forms, I to try to reckon with our past, and how it is embodied in our present.   I would say also I explore these questions through the eyes of womenhood, I don’t think that there is a separation between the personal and political —  and that the political is personal; we are all witnesses to our own day.

What is the most interesting thing you’ve heard or read recently?

I am studying/reading The Cure at Troy, a version of Sophocles’ Philoctetes, a translation by Irish poet Seamus Heaney. I am always encouraged by poems that explore myth; how in the Greek plays, especially the tragedies, the same lessons seem to be repeated over and over.

Does good writing result from best practices, magic, or a bit of both?

Well, I find that the combination of magic, writing drafts without thinking, then bringing in craft, is a wonderful combination.  From the belly, edit, from the belly and head together.  Magic happens too when we misspell, and receive words we didn’t think of.  Also, when I feel a bit dry, I retype a poem from an author that I treasure.  It infuses into my own writing, by rewriting another’s work.

What is your next project?

I think the best description is in an interview in Plume done by poet Amy Beeder.  Here is an excerpt:

The idea of a book grew from hearing John Coltrane’s Alabama. And a version of the song by Brooklyn Raga Massive, East Indian musicians.  It brought me to read about the 1963 bombing of the church in Birmingham, where four girls were killed; and then to Dr. Martin Luther King’s eulogy, where he stated, “unmerited suffering may be redemptive.”

The longer poem, Birmingham, rose out of that confluence. I noticed how the four girls, three of whom were 14 years old, were spoken about as children, younger and younger. It was something to think about. That poem opened a door for me to consider the ten or so years I spent in the south: Norfolk, Virginia, where I was a political activist as I had been in New York.

But hearing Coltrane’s response to the bombing through music, led me to the small anthology Jazz Poems, edited by Kevin Young.  Having grown up in New York City, in the period of great political/cultural performances, I was enormously influenced by the music of the day, particularly Nina Simone. I am at an age where I was touched by and influenced by the Civil Rights Movement and the Black Arts Movement, the Vietnam War, and more.  Music was everywhere in New York: in Greenwich Village, Central Park, Nuyorican Poet’s Cafe.

It was a period of great innovation and political upheaval and cultural explosion.

In listening to these musicians, watching too their body language, I did try to write the poem as if following their music, the sound, beat, and content.

Here is the link: https://plumepoetry.com/veronica-golos-interviewed-by-amy-beeder/

If people want to learn more about your work, where should they go?

The interview above is a place to start. For my third and forth books, ROOTWORK, and GIRL, please go to 3: A Taos Press, https://3taospress.com/authors/veronica-golos-2/. For my second book, Vocabulary of Silence, please go to https://veronicagolos.wordpress.com/2011/02/05/vocabulary-of-silence/  and to Red Hen Press: https://redhen.org/wp-content/uploads/2020/02/Veronica-Golos-E-Press-Kit4dff965a796d7.pdf and for my first book,  A Bell Buried Deep, contact vgdp@aol.com. — also go to SOMOS, HUGO HOUSE, and GEMINI INK for workshops. 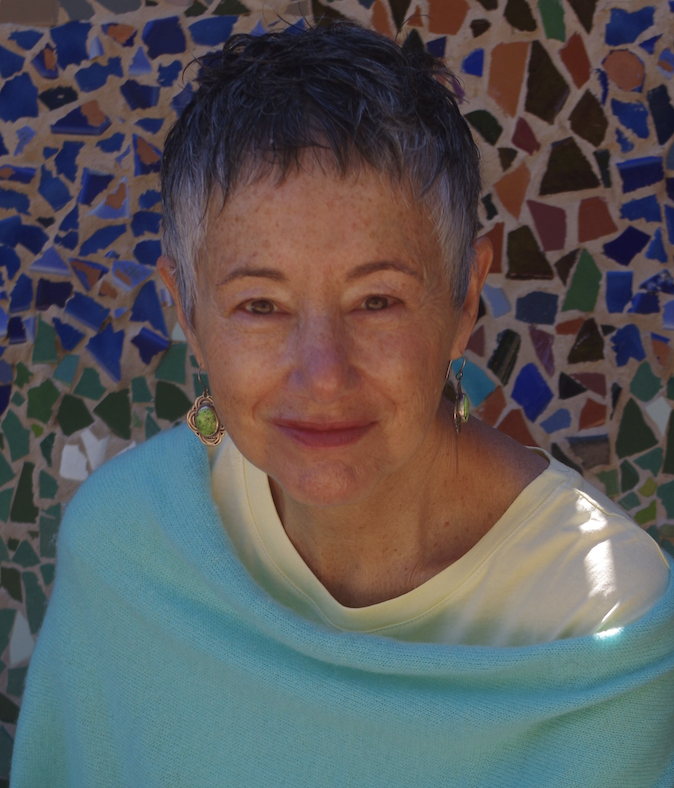 Veronica Golos is the author of four poetry books: GIRL, awarded the Naji Naaman Honor Prize, 2019 (Beirut, Lebanon); Rootwork, winner of the Southwest Book Design Award in Poetry, 2016; Vocabulary of Silence winner of the  New Mexico Book Award, translated into Arabic and Persian; and A Bell Buried Deep, winner of the Nicholas Roerich Poetry Prize. Former co-editor of the Taos Journal of International Poetry & Art, she is an instructor for SOMOS in Taos, NM, and Hugo House in Seattle, WA. Plume Magazine recently featured her work-in-progress, The Changing Same. Plume Poetry Feature: Veronica Golos. She lives in Taos, New Mexico, with her husband, David Pérez. 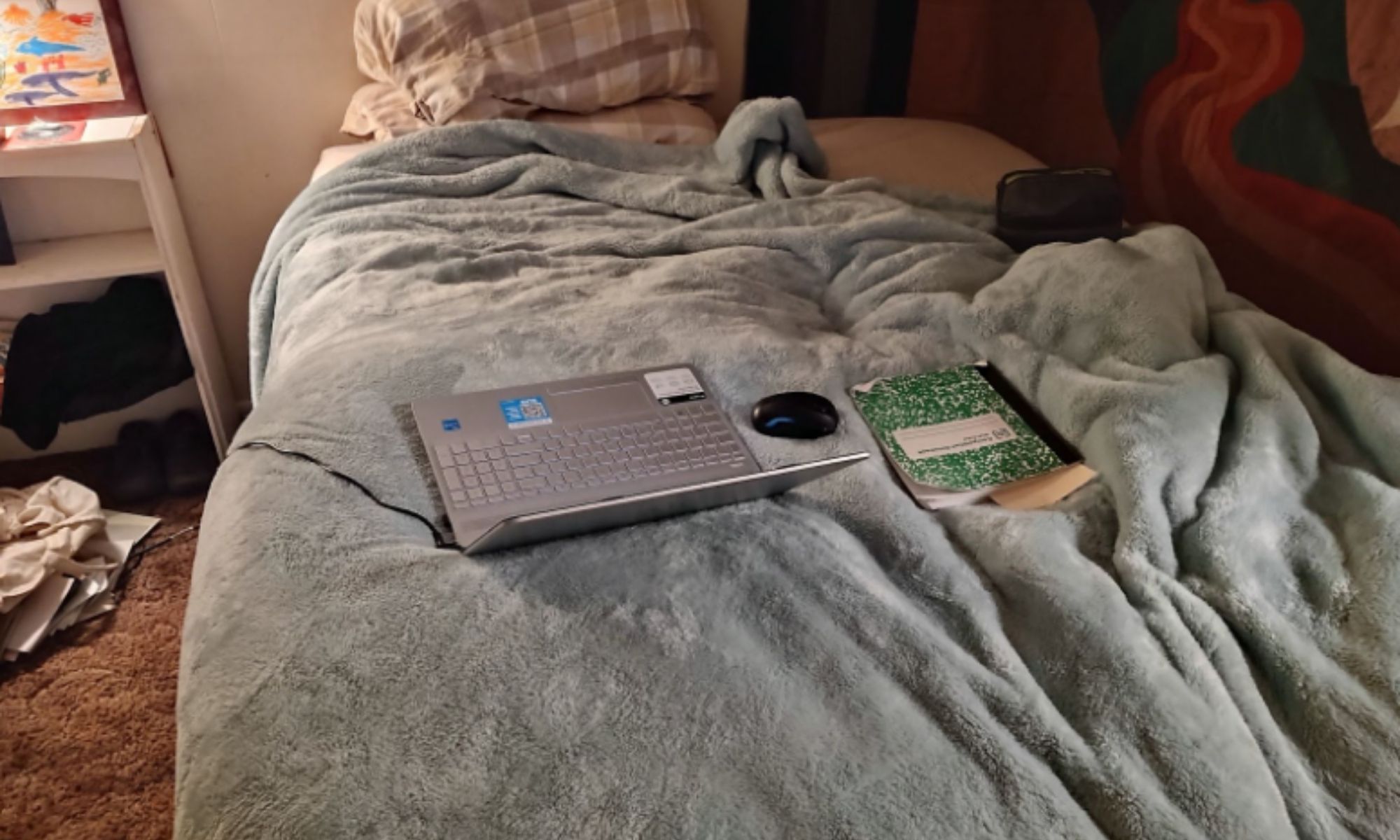 The Writer’s Desk with Ken Waldman

The Writer’s Desk with Ken Waldman