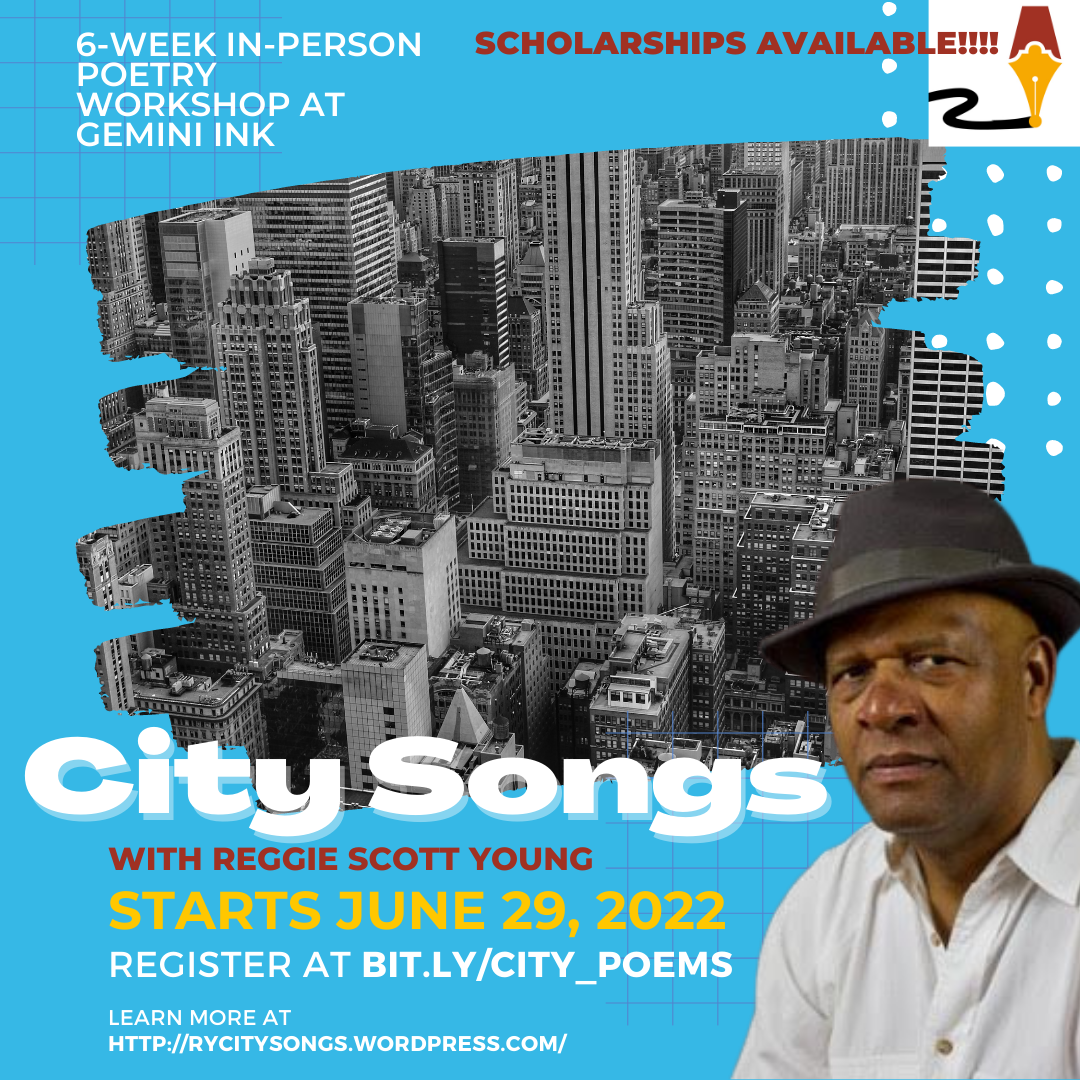 In this 6-week workshop, we will write poems that celebrate and critique life in the city, with a special emphasis on San Antonio and its environs. This workshop is open to writers with various degrees of experience in poetry and will focus on crafting poems for the page with an emphasis on exploring poetic forms. Guest poets, including Natalia Treviño, John Olivares Espinoza, Clemonce Heard, and Emmy Pérez, will visit the course both in-person and virtually to discuss craft issues. There will be a final celebration and open mic at Poetic Republic Cafe on August 18th.

Students will leave this workshop with the following tools:

Check out The Writer’s Desk with Reggie Scott Young

Reggie Scott Young grew up in Chicago and used writing to escape life in the streets. After that, he spent a quarter-century as a college and university professor. He’s published scholarly books and academic essays, but creative writing was his first love. He’s published a volume of poems, Yardbirds Squawking at the Moon, and is proud to be included in the upcoming Anthology of Chicago Poets. His poems, short stories, and works of creative nonfiction have appeared in Chicago Review, Another Chicago Magazine, Oxford American, riverSedge, and other publications.